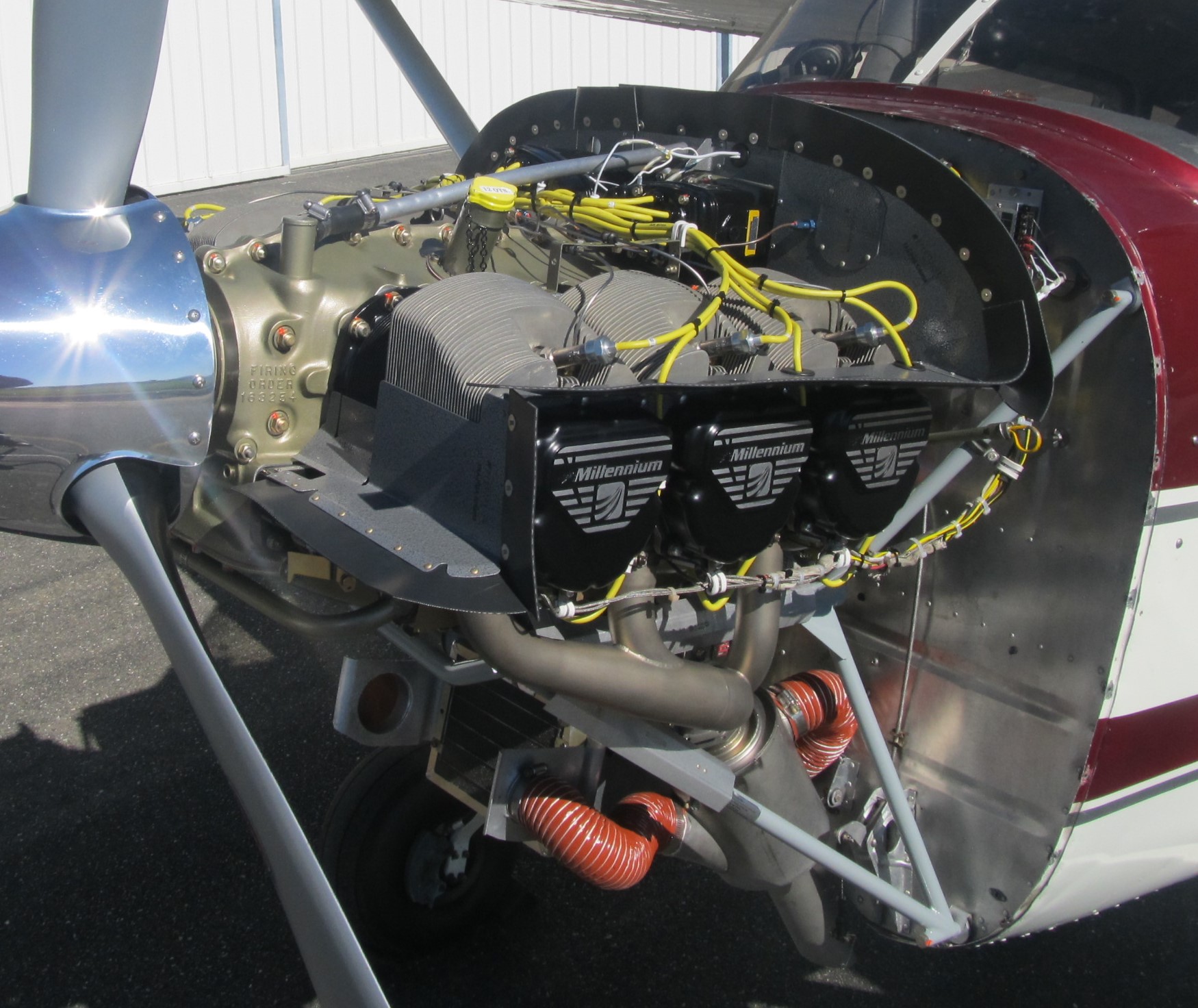 TBO (Time Between Overhaul) is determined by the manufacturer of the engine. It is meant to suggest the service life between overhauls when flown at a minimum interval (40 hours per month for one manufacturer). Aircraft power plants love to fly, the purpose for which they are built. If they are used less frequently than this suggested interval, they will become prone to moisture build-up and corrosives in the oil, shortening the service life of the motor when not brought to operating temperature on a regular basis. Also, some engines will be exposed to extreme conditions that should be taken into account. Life for an engine operating primarily in dry, dusty conditions, near saltwater, in varied climates, or any combination of these is subject to extra wear.

An engine is built to tolerances. When it is “fresh,” such as when new or after an overhaul, the tolerances are very close. Normal wear on the metal parts causes these tolerances to widen. There is a point in the design of the motor where the tolerances increase and performance is affected. When this happens, oil consumption can increase, power can decrease, and the risk of failure of an engine component increases. An overhaul is as much about the inspection of the engine parts as it is about repair or replacement and this cannot be done during any other time of aircraft maintenance. Inspection of the components and their interactions can play a major role in the diagnosis of a problem before it causes failure. Inspection is the most precise and important part of an overhaul and cannot be performed in a careless manner.

What is entailed in an aircraft engine overhaul?

The term “engine overhaul” means the process of maintaining and restoring equipment, machines, or systems to serviceable conditions. This involves the disassembly, inspection to detect damaged, defective, or worn parts, the repair or replacement of these parts and the reassembly, testing, and trial run prior to the return to its full operating level. There are two types of overhaul: major or top overhaul.

What is performed in a major overhaul?

What is performed in a top overhaul?

The top overhaul consists of repairs to parts outside of the crankcase. This can be accomplished without the complete disassembly of the engine. It can include the removal, inspection, and repair of cylinders, inspection and repair of cylinder walls, pistons, valve-operation mechanisms, valve guides, valve seats, and the replacement of pistons and piston rings. Reassembly and testing follow this to ensure that the return to service life is trouble-free.

The TBO is more than just a suggestion.

The life of aircraft engines isn’t easy. There are many factors that come into play when determining the serviceable life. The metals inside go through a great deal of heating and cooling cycles due to the internal combustion process as well as the cool-down period after flight. Metals begin to degrade over time due to these cycles. Metal-to-metal wear due to improper lubrication and during start-up (running the short time before lubrication can make it to the parts) takes a toll on the engine. The very design of an engine is to allow for expansion to tolerances after the operating temperature range has been achieved. This means that until this range is reached, the tolerances are operating at less than optimal, which allows extra wear to occur should anything but the minimum of power be applied. Add to this, operational conditions, such as interval of use and environmental conditions, and the need for regularly scheduled inspection of all working parts becomes quite clear.